Expanding Into Adjacent Markets: Swizz Beatz & Timbaland: The Beating Hearts of Music Cultivating Growth Mindset For The Next Wave of Producers 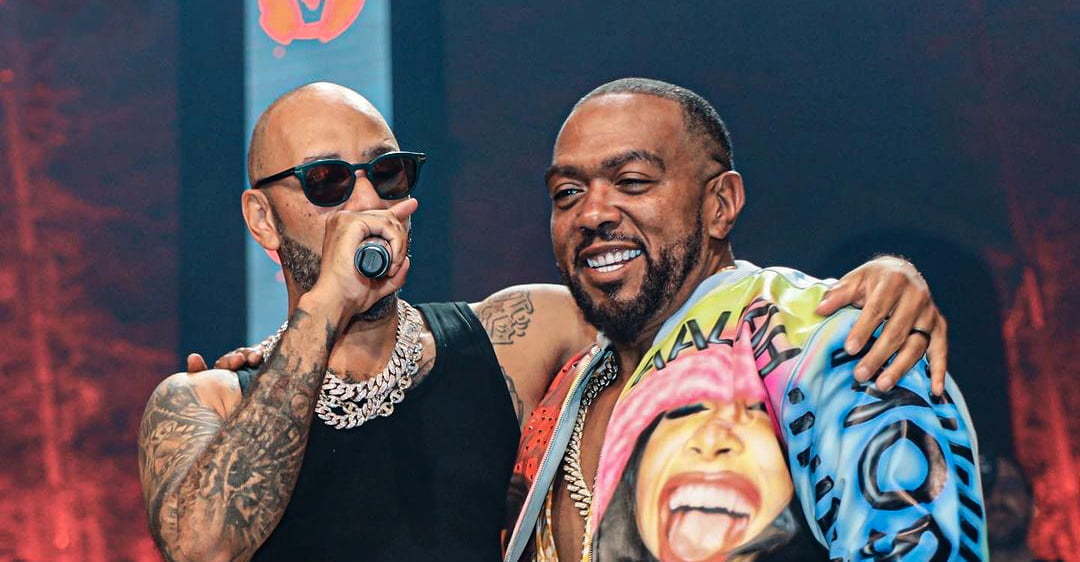 In this article, we talk about:

4- The importance of such platforms and how they can be leveraged in today’s modern music marketing world.

High-value content moving between platforms in short or long time frames, across differing geographies was a common thing to see during the pandemic.

In February 2017, Swizz Beatz along with Just Blaze ignited Hip Hop nostalgia by engaging in a beat battle on Instagram live that ignited for over 3-4 hours. The two iconic producers made a classic hip-hop moment.

Take it back to 2007, to the biggest annual hip-hop concert in the world: Hot 97’s Summer Jam. Two beatmakers playing their biggest hits in front of a giant crowd – 2 elite producers: Swizz Beatz (again) and Kanye West.

During the battle, Kanye set it off with Jay’-Zs “Takeover.”
Swizz hollered back with N.O.R.E.’s own “Banned From TV.”
West retorted with Ludacris’ “Stand Up”.
Swizz’s response was Jay’s “Jigga My Nigga.”

The two volleyed back and forth for several minutes.

Beat battle face-offs have always been a thing for Swizz Beatz since its essence is rooted in the purest spirit of Hip Hop competitions.

These battles inspired a sequel a decade or so later: Verzuz. This time, Swizz Beatz continues the tradition with Timbaland.

A 2020 mid-year Nielsen Music and MRC report showed how the Verzuz battles increases artists’ streams significantly. Records are appearing on charts again, some are going #1, some gold, some platinum and all this  after YEARS and years

Each rap discography battle is becoming more anticipated than the next. Even older demographics are becoming a core part of the Verzuz streaming consumer base including actors, hall of famers, politicians and more.

It has become the appointment viewing for the hiphop culture and stars like Alicia Keys, Erykah Badu, DJ Premier, Jill Scott, Patti LaBelle, DMX, Jeezy, Snoop Dogg and many more have already participated.

The unstoppable rise of Verzuz went next level after announcing a partnership with one of the most recognizable company in the world: Apple. Of all the OTT service providers and Netflix, Hulu or ‘Big Dogs’ Apple TV decided to stream the Instagram Lives. And the ‘Big Dogs’ always want a piece of the best pies. Find out why music is the hot new Wall Street Asset.

The DMX-Snoop Dogg battle was the 1st Verzuz show after the recently announced cooperation with Apple was also the 1st to offer the landscape mode view, breaking up the off-the-cuff feel of the early Instagram Lives (the show was simulcast on IG, so you could still watch if you’re not an Apple Music subscriber)

Most Verzuz shows are an epic five-hour soundclash in which the artists take turns playing their biggest hits and swap stories from real life at the same time.

The Apple partnership with Verzuz was key to the long-term success and gave the ability to draw more entertainment and brand development, a strategic asset of pivotal significance.

Fast forward to 2021… The platform that entertained music lovers during the pandemic — was acquired by Triller Network, the parent company of the popular Triller app, the news was announced on the morning of Tuesday March 9.

Apple Inc. was reportedly in the running for acquiring Verzuz – but, a deal never happened.

Since the Triller partnership, Verzuz is poised to achieve bigger results.

A Swizz Beatz x Timbaland head-to-head rematch took place on Sunday Memorial Day weekend in Miami. This time, the battle of the legendary producers squared off at Miami’s Club LIV.

Everyone is just effusive. Through Verzuz, millions of fans are able to relive some of the best moments in music.

Not only the Verzuz creators became shareholders in the Triller Network, but they also allocated a portion of their equity to the 43 artists that performed on the Verzuz stage.

Like Swizz Beatz always says: “By the artist for the artist with the people”.

Remembering Those Who Had Great Impact

During the rematch, Swizz took the opportunity to preview songs from DMX’s new album. They prayed for the megastar and played some of his new records and urged listeners to be open to growing with the new material.

They dedicated their Verzuz rematch to DMX and Aaliyah.

DMX was a humanitarian. He was a hero for the people. He would give clothes off his back to homeless people and walk home in his boxers, says Swizz Beatz.

Verzuz honored his life, his amazing soul and not just through the word of Swizz Beatz or everyone’s prayers but also through his music, an iconic magic for this globe. Verzuz honored his legacy and it will forever be remembered.

Leading by Word and Deed

Verzuz is also platform of love. Who could imagine Gucci Mane and Jeezy facing off?

Verzuz contrasts how love gives us freedom while hatred locks us into a very limited set of responses, feelings, and beliefs. The bitter rivals who many predicted would never be able to make peace due to the circumstances surrounding their beef.

Swizz said: “The one thing that I did know was they wasn’t doing verses to move backwards in life, they was doing Verzuz to move forward in life. And at the end of the day, those two guys saved so many people probably in the hood and in the streets from making that decision, and I respected that.

The two Atlanta legends clearly set an example and sent a message to the streets. The two rappers announced plans to end their feud right there.

We are only one pebble in a pond.

If we can influence by our deeds and words, we can also start an avalanche of love into our pond.

If more and more artists chose this path of love over the path of hate, more rocks enter the pond, and cause larger ripples.

And that is a good thing Verzuz is doing.

Verzuz creates entertainment content which pleases the audience in the moment but also has resonant staying power among the surrounding culture – what content strategists of today struggle to do. What better place to market and make announcements?

During the Memorial Day weekend battle, after letting the DJ play “Bath Salts” for a moment, Swizz Beatz joked, “That’s the cute version, I like that version—but let me play this version.”

Swizz Beatz took the opportunity to premiere an unreleased/ alternate version of “Bath Salts”, a track by DMX from his brand new posthumous album Exodus featuring Jay-Z and Nas.

Now…it’s unclear if it was a remix of the record and if there are plans for it to be released later down the line, or if J. Cole’s verse just didn’t make the final version of Exodus… what matters is that it was a surprise and the world talked about it, every media outlet did.

The pandemic changed media consumption but we realize that content and culture are linked in an everlasting give-and-take…which means true hits can’t purely be generated….your audience is as much a participant as a purveyor.

“We’re just getting started. We have so much more to do…we expanded into Verzuz sports with the NFL Pro Bowl in January and want to move into comedy. We just want to be disruptive” – Swizz said. Talking about disruption… check out our story on how independant & signed artists are navigating the NFT wave has been amazing to watch.

“We can’t wait to get you on stage, having fun, because you deserve it, too,” said Swizz Beatz calling out Justin Timberlake during the rematch.

We think: Usher vs. JT? The only match up that would make sense?

Swizz wanted JT to pay homage to black music by taking a part of the great platform that is giving back to the culture. The internet decided to flip the narrative thinking Swizz was dissing JT.

After all, how you feel about yourself is how you treat others.

It was all love, JT confirms.

“We can’t wait to get you onstage having fun ’cause you deserve it too.”​ – Swizz said.

No matter how inclusive we are working towards being, we can always do more. We can always do better too and that’s what Verzuz is doing. Pushing boundaries.

As Verna Myers (VP, Inclusion Strategy at Netflix) says: “Diversity is being invited to the party; inclusion is being asked to dance”. In this case, Swizz did both.

Success in entertainment, after all, starts with an idea, and the Verzuz idea is encapsulated in the name. What could be better than a name with over a semicentury of entertainment behind it? Verzuz. Disruptive brand – recognized. ✅

Follow our blog – forecasts, insights, global trend analysis and a full overview on what’s happening in the music marketing landscape – published weekly and one story at a time.

News about music marketing strategies to the music business and beyond.

Delivered to your inbox once a week.

Serving Artists, Labels and Agencies since 2012

Giving your song the story it deserves

Any Genre, Any style, Any continent.