Wyclef Jean’s contribution to music cannot be overstated: the Haiti-American singer-songwriter, rapper, musician, producer and philanthropist has won three Grammy Awards, released countless albums and founded one of the most celebrated hip-hop groups of all time in The Fugees. Alongside rapper/singer/producer Lauryn Hill, rapper Pras Michel, and rapper Ol’ Dirty Bastard the group found international success with singles like ‘Ready Or Not’ and ‘Killing Me Softly’ (a remake of Roberta Flack’s 1970s hit which stayed at the top of the R&B singles chart for seven months) selling tens of millions of records in the process.

Wyclef started his solo career back in 1997 with Wyclef Jean Presents the Carnival Featuring the Refugee All-Stars featuring collaborations with people like Lauryn Hill and Pras. Since then he has continued to release highly regarded solo albums, collaborating with legends like Kenny Rogers, The Rock, Mary J Blige and Earth, Wind & Fire as well as contemporary s 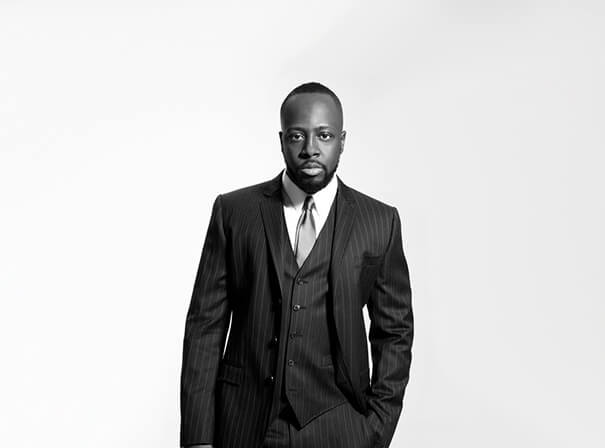 His latest project and eighth studio album ‘Carnival III: The Fall and Rise of a Refugee’ was released in September 2017. Still as relevant and influential as ever, Wyclef Jean continues to perform at huge events around the world: his 2018 ‘Carnival Tour’, featuring a full orchestra, was a massive hit across the U.S. and Mexico.