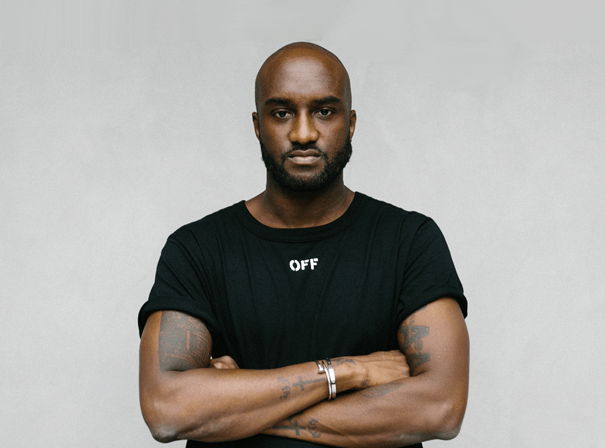 American designer, stylist and DJ Virgil Abloh rose to prominence as creative director for none other than Kanye West. He’s since turned heads in the fashion industry with the phenomenal success of his luxury streetwear brand Off-White, riding the wave of hype straight through to an appointment as artistic director at Louis Vuitton. At only 28 years old, Abloh is one of the global fashion world’s most significant figures.

Born in 1980 on the outskirts of Chicago, Abloh founded RSVP Gallery, a menswear boutique and art gallery, in 2009. Kanye West invited him to oversee the operations of Donda, his creative agency, in the same year. The designer launched his luxury streetwear label Off-White, in 2013. Based in Milan, the brand has been worn and endorsed by a cross-section of influential figures from Jay-Z, to Rihanna, to A$AP Rocky, becoming one of the fashion scene’s hottest labels in a few short years. The success of Off-White led iconic fashion house Louis Vuitton to invite Abloh to become their artistic director for menswear, an impressive feat that confirmed his status as a prodigy in the world of fashion.

Virgil Abloh channels his creativity into DJ sets that veer between cutting-edge house and contemporary techno, taking in classic sounds and pop goodness along the way.