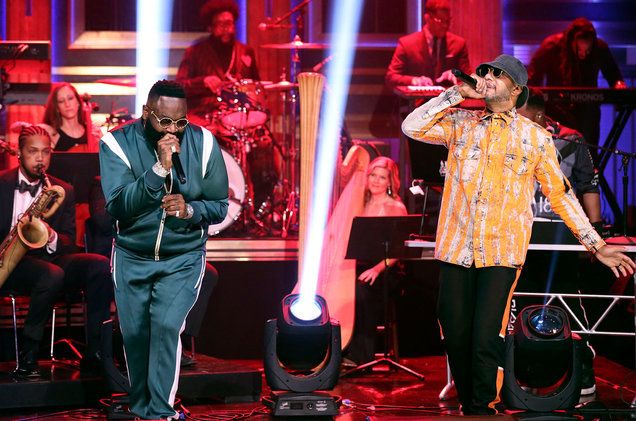 Swizz Beatz was born Kasseem Dean in the Bronx borough of New York City. He relocated to Atlanta as a teenager, where he started to DJ parties. When his relatives became involved with the Ruff Ryders label, he began to produce tracks at the tender age of 16. Forgoing the practice of using samples, he used real instruments whenever possible and tried to accentuate the performance aspect of his music. He produced countless rap and R&B acts, from DMX to Eve, but he never really got much credit for his work. It wasn’t until his first solo album, 2002’s G.H.E.T.T.O. Stories, that he started to get notices for his production style and interesting ideas.

The next five years would find him landing hit after hit — including Cassidy’s “Hotel”, T.I.’s “Bring ‘Em Out,” and Beyoncé’s “Check on It” — while becoming more in demand with each production. In 2007 he released the solo album One Man Band, which debuted at number seven on the U.S. Billboard 200 charts.

More production hits followed — Jay-Z’s “On to the Next One,” Chris Brown’s “I Can Transform Ya,” and Drake’s “Fancy” being three of the biggest — while 2010 found him becoming a household name as tabloids and gossip sites scrambled for pictures of his wedding to R&B superstar Alicia Keys. In 2012, acknowledging the changing music industry, the producer announced that as a recording artist, he was only interested in releasing single tracks instead of albums. That same year his track “Everyday Birthday” with Chris Brown and Ludacris began this series of singles, or as Swizz dubbed them, “memorable moments.”